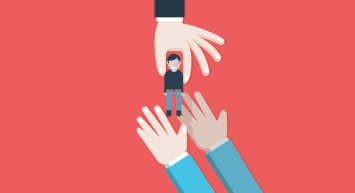 I have decided something, as of yesterday.  I am no longer going to be selling furniture to anyone I know in the real world.  I will continue to recommend that people who know me in my Clark Kent guise come into my store if they need to buy stuff, but I’m not going to be your salesman.  I’ll hand you over to someone who is good at their job and let them do it and that’s going to be it.  Why, you might ask?  Because since I’ve been working at the store I’ve had four people who I know IRL come in specifically to buy from me because they knew I worked at a furniture store.  The following things have happened:

So, yeah.  I’ve learned my lesson and I’m done.  I still recommend that you buy stuff from my store– despite those four examples, this shit really doesn’t happen all that often— but apparently I’ve gotten hit with the bad-luck stick in terms of selling to people I know.  So I’m done.

4 thoughts on “In which I will not sell to you”