Joey here will be conveying us around for the next several days. 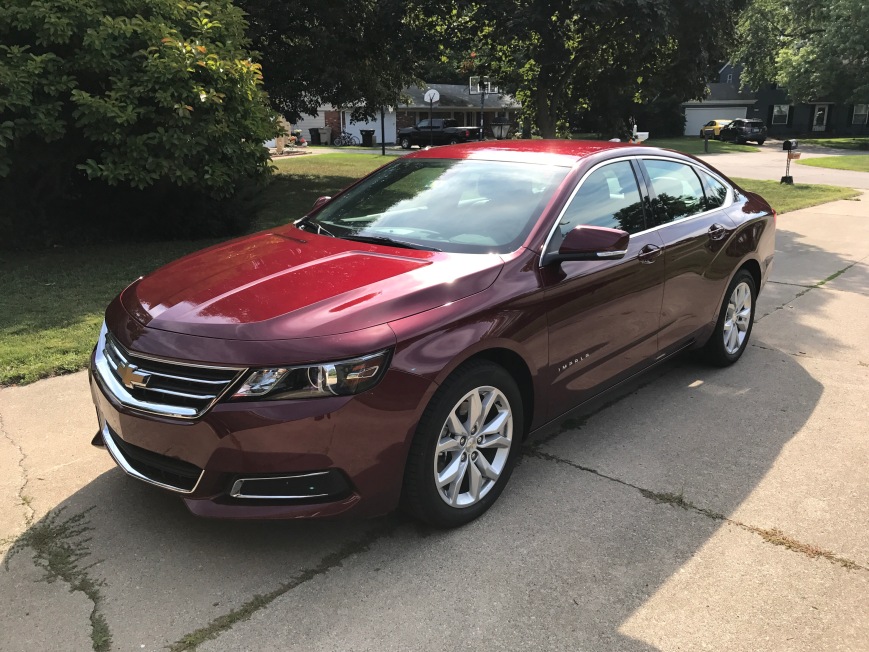 I’m Luther Siler.  I’m a writer and an editor.  Welcome to my blog, infinitefreetime.com.

I’ve written several books you might be interested in, ranging from short story collections to near-future science fiction to fantasy space opera to nonfiction, all available as ebooks or in print from Amazon.  Autographed books can be ordered straight from me as well.

Here’s where to find Luther Siler on the interwebtron: 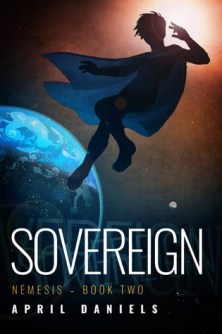 You may, perhaps, recall my exuberant review of April Daniels’ Dreadnought  from back in February.  I bought that book early and was kind of taken by surprise by it when it showed up in my mailbox, and then I was taken by surprise a second time when I enjoyed it as much as I did.  And it’s not only still on my shortlist for the best books of 2017, right now it’s still easily the best book I’ve read all year.

The sequel, Sovereign, showed up in my mailbox on Wednesday.  I preordered this motherfucker the second I found out it was available.  Thursday night, despite having slept all day and being generally exhausted, I made the terrible mistake of starting the book before bed, and as a result did not get nearly as much sleep as I wanted to.  Friday I woke up, took the boy to day care, came home, made myself breakfast, sat down in my recliner, and didn’t move again until I’d finished the book.  Partway through all that, I sent the following Tweet:

Dammit @1aprildaniels I messed up and picked SOVEREIGN up last night. I had stuff to do today!

And I was telling the truth!  I did, indeed, have shit I wanted to do yesterday!  Shit involving my own books!  And I did absolutely none of it, because once I picked up Sovereign there was absolutely nothing else in my life that I needed to do other than finish that gatdamb book as quickly as I could.  April Daniels is the real deal, Goddammit, and now she’s written both of my two favorite books of the year.  I love this world, I love Danielle Tozer, I love the way this book does everything Book 2 in a series needs to do while setting up the third book quite nicely, and every single damn one of you needs to go pick up both of these books and read them right now because they are fantastic.  I wish I was half as good as Daniels is at this stuff.  Half.  I don’t know when the third book is coming out, but I plan to literally be the first person to preorder it when it does.

Why are you still here?  Go buy books, dammit. 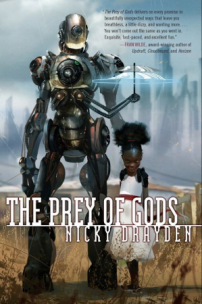 Every so often I go back and forth on whether I should ever be posting book reviews here.  I follow a lot of Real Author blogs, and most of them don’t do book reviews– or, if they do, they mostly let the authors talk themselves.  This is actually how I encountered The Prey of Gods, a book I first found in a Big Idea post over at John Scalzi’s blog.

Honestly, I’d have ordered the thing based on the cover alone.  Look at that.   It’s awesome.

The book’s completely goddamned out of control, though.  Completely.  Out.  Of.  Control.  There are at least two more main POV characters than there need to be, probably half-a-dozen unnecessary subplots, and the story itself has so many things mashed together– a runaway dik-dik invasion (and if you’re thinking “will there be jokes about dik-diks?” right now?  Yes there will.), a species-jumping gene-altered virus that turns people into gods, actual gods, AIs gaining sentience, adult circumcision, 37,000 people being murdered by the main character in a fit of rage that we’re all supposed to forget about because she’s supposed to be sympathetic, a number of other brutal murders, a character with mind-control powers who has sex (? Maybe?) with his best friend then wipes his memory of the event, which is more than a little rapey, a pop musician who also has healing powers, a politician tasked with eliminating the dik-dik invasion who is also a cross-dressing singer who wants to open for the previous singer, his mother who is some sort of tree goddess, and jesus christ it never stops.

Here’s the thing, y’all: I stopped reading this with like 20 pages left because I just couldn’t take the crazy any longer– right around the time when mind-control dude swapped his boy/friend’s brain into his, then downloaded his own brain into his pet robot, then had several pages of stressing out about available hard drive space while he was trying to find room in the robot’s hard drive for his entire brain and the robot’s personality, but only after preventing his boy/friend, who may or may not have been dead at the time, from becoming a tree.

That’s not an exaggeration.

I couldn’t do it any longer.  But if you read the GoodReads reviews, there are a lot of people who really like this book, and I wouldn’t even really argue with someone who did?  Nicky Drayden is an impressive writer, and I want to see more from her.  But I couldn’t take this book.  So… check it out, maybe?  But caveat emptor, or something? 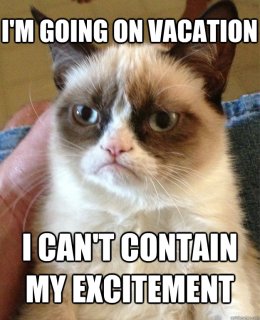 The story of the last two days has been racing my wife to see which of us can fall asleep quicker after putting the boy to bed when I get home from work.  There has been no time for bloggery.  There has barely been time for conversation.  It’s 7:36 as I write these words; I got home with the boy at around 4:30, she was home minutes afterwards, and I think I’ve been asleep in my recliner for the entire intervening period of time.

This weekend, I shall finish the final story in Tales from the Benevolence Archives, which is still Coming Very Soon.  Then I shall work for Saturday and Sunday, as is my recent tradition, and then– wait for it– I’m on vacation for a week, marking the first time in my adult life where I’ve chosen when a vacation was going to take place, which is kind of fascinating.  We’re visiting friends in Louisville and Kansas City and are probably swinging by my brother’s place in Chicago on the way back home.  There will be a lot of driving, but I’m excited about it, although I’m sure I’ll get cold feet and try to cancel the whole thing at least once between now and then.

I am seeking guest bloggers for that week, by the way, so if you have had a piece in mind that you’d like to share, feel free to hit me up in comments and let me know about it.  There are at least five days available– Monday to Friday of next week– and in the unlikely event that I get more people interested than that, I’ll either double some days up or fill a weekend day or two.