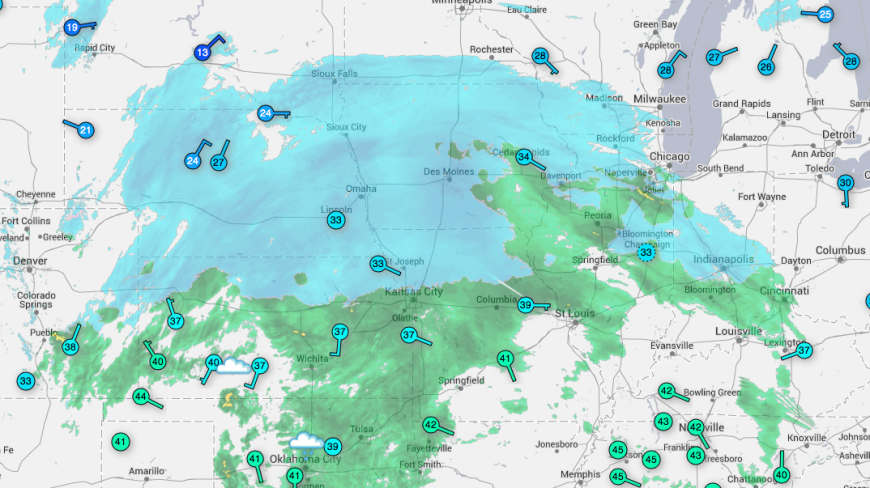 Go ahead, count ’em.  That there storm system is four states wide, and heading more or less directly toward me.  Like, due east.  The whole damn thing’s gonna pass over us, and it’ll pick up steam when it goes over the lake.

Tomorrow’s gonna be fun.  I don’t think this is going to eat Monday yet, though, because even if, as predicted, it snows for 24 hours straight, the plows ought to have time to keep the roads clear.  I still bet I have to blow off the driveway three times tomorrow.

My look at the upcoming back half of Season 5 of The Walking Dead is live at Sourcerer now.  Go check it out! 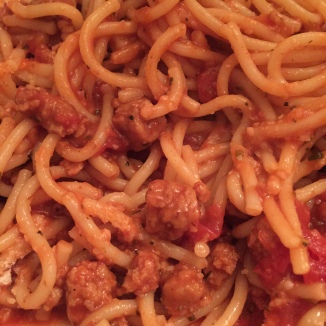 But that isn’t ground beef, nor is it sausage.

Longtime readers know that I dabble with vegetarianism occasionally, and that I enjoy me a tasty boca burger from time to time.  Meat substitutes intrigue me.  Some of them are better than others, and some of them are just good on their own merits.  Boca chicken, for example, tastes enough like chicken for me, but Boca burgers don’t taste like meat at all.  They’re still good, because lots of things that don’t taste like meat are good.

Some of the Subways in Chicago had a veggie patty that was goddamn delicious, but none of the ones in Indiana seem to have it.  It’s very depressing.

Anyway, a couple of months ago I suddenly saw a bunch of articles all in a short period of time about Beyond Meat, a company that was so insistent that their plant-based meat substitutes were indistinguishable from meat that the CEO was insisting that, chemically, they actually were meat.  I can’t find any of the articles now, unfortunately, but this page on their website makes a similar claim.  Key to their definition: you have to call it “meat” because of what it is, not what it comes from.

Available at Whole Foods, starting in January.  Well, OK.  There’s a Whole Foods in town, and I’d needed an excuse to go pop in anyway, so I used part of my free day off yesterday to go check the place out.  I came home with some Beyond Beef Beefy Crumbles, which were around $5 for about 11-12 ounces.

So here’s the skinny on Beyond Meat: It looks and cooks basically exactly like meat. I don’t think anyone would look at that picture and not recognize ground beef or sausage.  And so long as you season it and put it with something, it tastes fine.  But you know how whenever you make a meat sauce with pasta, your last bite is always just the meat, because the pasta is always gone first?  Okay.  That bite’s gonna be weird.  The primary ingredient of Beyond Beef Beefy Crumbles is pea protein, and that last bite’s gonna getcha a little bit.  The texture is a little– just a little— off, still, and you can sorta taste the pea even through the tomatoes and the oregano and rosemary and thyme and all the other stuff I had in my tomato sauce.  Mixed with some spaghetti, though– basically anything else to chew on— and I would have fooled you.

Not quite perfect yet, in other words.  But I’m keeping an eye on this company, and I’m curious about their not-chicken, because for whatever reason chicken seems to be easier to fake than beef. 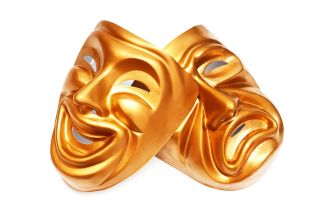 Today was exhausting.  We had a snow day yesterday for what turned out to be damn near no reason at all, and I kinda needed yesterday, as this is one of my Busy Weeks, so today was even more nuts than usual, especially since the AP began my day by handing me a stack of referrals from the last hour of Wednesday and asking me to deal with them.

For reasons that I can’t get into, I had to call a couple of seventh grade girls out of class and into my office toward the end of the day today.  I picked them from a list of kids I could have chosen because I know both of them fairly well, relatively speaking, and because as near as I’ve been able to tell they’re both relatively smart and honest kids.  They both happened to be in the same class and so came down together.

They walk into my office and one of them asks if they can shut the door.  “I don’t want to talk about this with the door open,” she says.

I raise an eyebrow.  There is literally no way that she can have any idea what I want to talk to them about.  It’s flatly impossible.

“You two are in so much trouble,” I say.  I am doing this to fuck with them.  They’re not in the tiniest shred of trouble, but I know they’re both good kids and they’re going to temporarily freak out if I tell them I’m mad at them.

And they don’t react.

“So, uh, why do you think I called you down here?”

“The Ellie Mae thing,” one of them says.  Now, I don’t know who Ellie Mae is, and that’s not her name, but it’s close enough in a way that entertains me.

I look at the other one.  “You’re both involved in this, right?”  She nods.

Note that I didn’t even know they were friends.  This is hilarious.

“Tell me your side of the story,” I say.

Two minutes later, having been led through a dizzying shitstorm of names and social media accounts and a web of cousins and aunts and uncles so thick that I halfway want to start drawing a map, I halt the conversation and tell them why they’re actually down in my office.  “We will deal with this other thing afterwards,” I say, parts of my brain screaming at other parts of my brain to run.  Because this has every sign of a Sally told Sherry that Susie told Sammie that Sharon saw Shayna say to Shalynn that Sally’s sister’s boyfriend’s third cousin was a slut, and I want nothing to do with it.

But, because I am a rockstar, I sort everything out and issue instructions for what is to be done on Monday. Only problem is that what was supposed to be a five-minute conversation ended up taking 25.

But I love it when they accidentally rat themselves out like this. 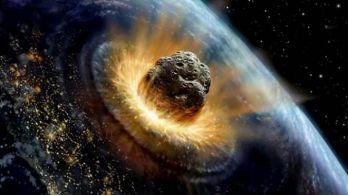 The new hotness for the boy lately has been Teen Titans Go!, which works for me because as it turns out I enjoy the program quite a lot.  It’s of that genre of cartoon where at the end of every episode the slate is wiped clean for the next episode, so literally anything can happen and the next episode they just pick up and move on.

To wit: there is an episode where one character blows up the moon.  And they do not all immediately die.  In fact, the blowing up of the moon is more or less passed over a few minutes later once the “YOU BLEW UP THE MOON?!?” moment is over.

“Would that really kill us all?” my wife muses.  “The moon’s awfully far away.”

“I think it would,” I say.  And then I start trying to figure out exactly how bad that might be.

Feel free to correct my math or my thinking if I’ve made a mistake.  HOWEVER:

Most of those numbers came from Google one way or another and were copy-pasted into Excel or figured out with online calculators.  The mass of the moon, in particular, seems to have a fairly wide range of accepted values.  I can imagine a universe where I ended up off by a factor of ten somewhere but something tells me it doesn’t make a difference.

I’m still trying to figure out if anyone has estimated the mass of the asteroid that wiped out the dinosaurs, or if I have an easy way to kludge that (I actually can think of one way) but I suspect the following is true:

The generally accepted diameter of the Chicxulub asteroid is six miles.  This means that, assuming a perfect sphere (which isn’t true, I know), it was composed of 113.1 cubic miles of (assuming, assuming, assuming) iron.  That’s 16,648,088,371,200 cubic feet of iron.