So, one more thing, because I just noticed it– if you go to the article I linked the other day, and you actually play the video, which I almost never do on news articles, they actually show two shots of the letter itself that got him noticed by law enforcement– apparently because some of the people he sent it to turned it in.  The first picture is insanely blurry but you can read bits of it in motion and, I dunno, maybe some of you are graphics wizards and can sharpen this or something: 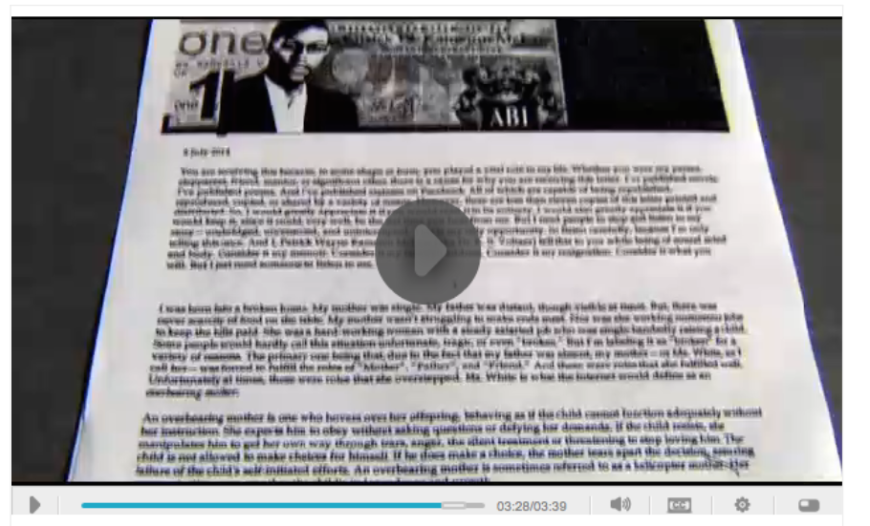 The second shot is from the last page, and is much clearer, and gives just enough detail to make it clear why people read the letter and called the cops.  Weird thing about suicide letters:  saying “This is not a suicide letter!” is actually not very convincing. 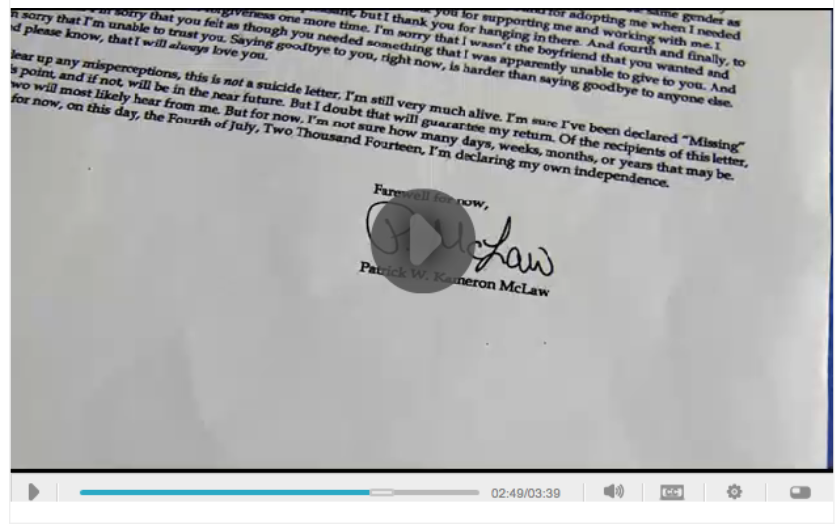