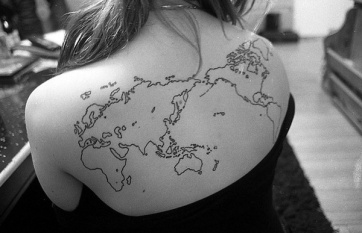 As of today I’m halfway through Winter Break.  Thus far I’m not– at least as far as I know– making myself or anyone else crazy, which is a good thing, because I’m bad at vacations.  On the other hand, other than the big renovation project, you may have noticed that I’m kiiiinda starting to run low on viable interesting blog topics since all I’m doing with my life lately is lazing about my house with a book in my hand and occasionally whacking something with a hammer or a saw.  I went to work yesterday; it was the first time I’d left the house for longer than two minutes since Christmas.

I am, as I’ve already discussed this week, a data nerd.  I’m a math teacher in the real world, remember, and apparently I come by that shit honestly.  One of the unexpected fun bonuses of running a blog is that it provides me with a never-ending sea of data to play with:  how many hits did I get today?  Followers?  Likes?  What’s the ratio of unique visitors to page views today?  Have I set any records lately? I posted a comment on that site, it brought me over a dozen visitors!

Stuff, in other words, that is entirely meaningless in any real-world fashion but is fun for me to play with in my head. While I wouldn’t mind more detail, WordPress does a decent job of giving me my site statistics in a nicely visual, manipulable way and I spend more time than I probably should each day staring at my stats.

I said I was a nerd; shuddup. 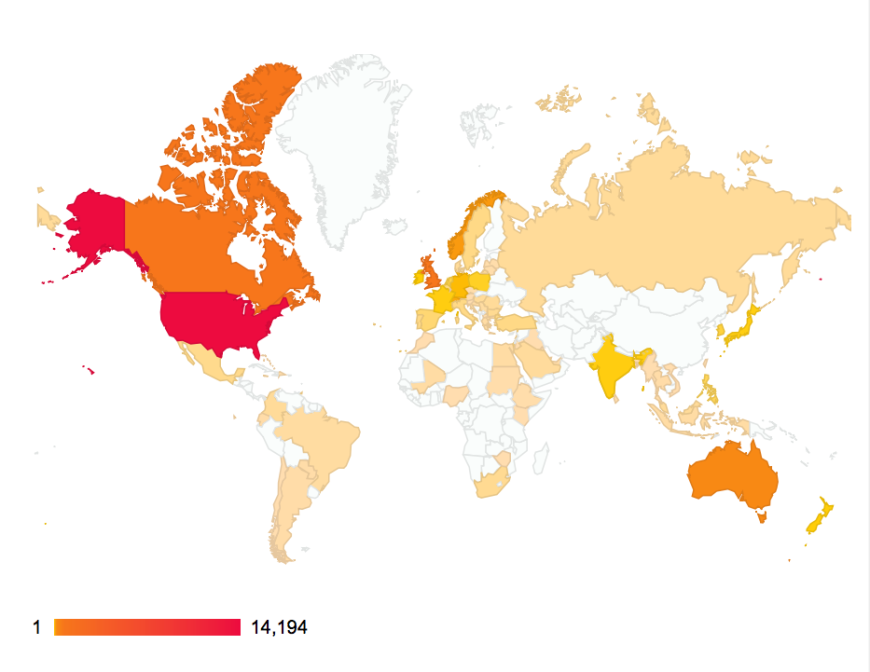 Anybody with a WordPress blog reading this has seen this map already; it’s how WordPress shows you where your traffic is coming from.  I’m fascinated by this, and days where I get a new country (six hits from Guernsey today!  Finally picked up Thailand yesterday!) never fail to give me a little thrill in my jibbly parts.  WordPress is kinda weird about how they determine what is a country or not.  For example, I have no hits from China, which does not surprise me given China’s policy on censoring the internet.  I do, however, have a number of hits from Taiwan and Hong Kong, which are both part of China, so apparently WordPress is distinguishing the mainland from former territories, or something; I’m not sure.   Similarly, to use today’s example, from looking at Wikipedia I get the impression that no one from Guernsey would assert that Guernsey is its own country– yet there it is in my “countries” list.

Some interesting (to me) facts about my traffic:

One thing that all this has brought to mind is that my geography isn’t what it used to be.  I had a teacher in seventh grade who insisted that every kid who passed his class memorize the globe.  Which I did, happily.  The problem is that that means my geography froze in about 1988– and the Soviet Union didn’t fall apart until 1991.  My Eastern Europe and Asia geography is therefore not nearly as good as I want it to be.

Don’t get me wrong:  the classical stereotype of Americans ignorant about geography is that they “can’t find XXX on a map.”  So long as we’re talking about countries, at least, there’s no place on Earth I can’t find on a map within a few seconds, and I suspect I’d do pretty damn well with capitals and major cities even if I hadn’t heard of them beforehand; I know enough about what languages sound like to be able to pin most places down to a region quickly and after that it won’t take long.  What I’m talking about is handing me a blank map and asking me to fill it in.  I’m not as good at that as I want to be, and I’ve been reminded of it enough lately (Slovenia!  Latvia!  Which ones are those, again?) that I need to fix it.

That’ll give me something to do over the next week or so while I’m not pounding on things, right?

7 thoughts on “In which I am ignorant: also, blogwanking”

My Tweets
Join 20,954 other followers