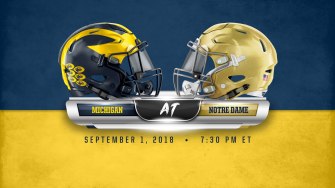 …because my annual First Or Second Week of September Head Cold is back, after a two-year absence, just like goddamn clockwork.  I was hoping that not actually being in the classroom would allow me to avoid it this year, but no to that; it’s laying around and moaning all day for me!  Hooray!

On the plus side, there is Football tonight.  We’re in that magical nine days or so every year where I want to watch football, not because I enjoy sports in general or football in particular but because football represents summer ending and, finally, the beginning of autumn, which is my hands-down no-doubt favorite season. The hoodie months are approaching.  They’re almost here!  I can tell, there’s football on TV!

By next week I’ll be over it.  But there’s a Notre Dame game starting in about half an hour and the good thing about being basically immobile right now is that so long as I make sure I’m planted in front of the TV I’ll be able to watch the whole thing.

…uh, anybody wanna bring me dinner?