The internet in general, and especially Twitter, was a really fun place to be yesterday.

I have a crapton of errands to accomplish today, and I have to work tonight, so that leaves precious little time for posting.  Instead I’ll recommend you take advantage of the fact that it appears to be raining across half the planet today (sorry, California) and curl up with a good book.  Or two.

For my part, I plan on wearing a hoodie to work tonight, as we’re having an awesomely chilly June day, a phrase I don’t expect to be able to use very often but am phenomenally happy on the rare occasion when it’s appropriate.

I’ve been doing a thing on Goodreads so far this year where if I think a book has a chance to be in my top 10 at the end of the year I’m putting them on a shelf called “2015 shortlist.”  So far 2015 has proven to be a great year for reading.  I have a new entry for the list, and frankly if Ian Tregillis’ The Mechanical isn’t in the top 2 or 3 at the end of the year it’s because the back half of 2015 was completely insane.

Which, of course, I have high hopes for.  I’d love to read so many good books that this isn’t in the top 3.  But goddamn is that unlikely.

You should read The Mechanical.  I’m tempted to say that you should stop reading whatever you’re reading now until you’re done with it, in fact.  Most of the time when I praise a book I praise it for the twists and turns in the story.  I tend to be a very surface-level reader (and author, for that matter; one thing my books are not is flowery) and I like for a good plot to grab me.  I can overlook workmanlike language so long as it gets the story across; it’s no accident that two of my favorite writers are journalists.

The Mechanical excels both as a story and as a treatise on how to make prose sing.  It’s not quite on the level of the language in Sunshine Patriots, which I remain in love with, but it’s beautifully written.  And the story itself is fascinating: alternate history going back to Christiaan Huygens in the seventeenth century, leading to a Europe where the Dutch run their society with the help of an army of possibly-sentient, virtually invincible clockwork automata and basically control the world.  It’s 1926 in the beginning of the book, but civilization is distinct enough from the real world that the actual year barely matters; it feels nineteenth-century.  The story centers on one particular “Clakker,” named Jax, and the remnant of the French empire, operating in exile from Canada.  The Vatican is also in Canada now, because the Netherlands is a Protestant country and they’ve literally pushed Catholicism out of Europe.

Now throw in a ton of musing on free will and more theology than you’d expect to see from any 21st century novel.  One of the main characters is a Catholic priest in hiding, and some of the conversations he has and the things that happen to him are fascinating, on a wide variety of levels.

You should read it.

That was a hint.

You may go now.

And now, it shall rain for forty days and forty nights. 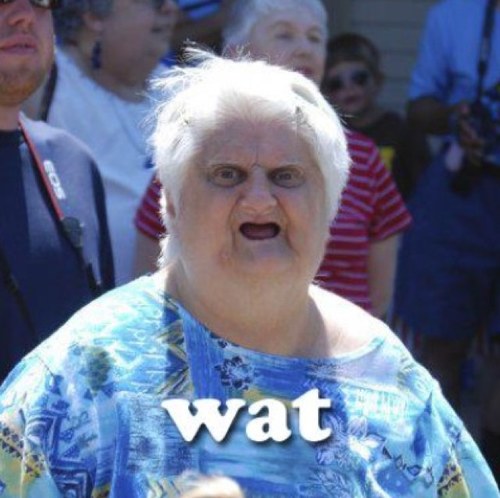 Amazon still cheerfully insists that the telescope is “arriving”– note the tense– yesterday.  On my phone, at least, it won’t even allow me to access tracking information anymore, although that’s not the case on my computer.

USPS says that it left Kenosha eight hours ago.

I am not optimistic.