…but I’m not happy about it.  I’m sure I will be very very angry about it really soon but I’ll probably be too tired tonight to rant properly.

‘Twas a good day at work, but I’ve only just gotten home and what with the immediate watching of horrifyingly violent television I’ve not had much of a chance to absorb the news of the day.  What do we know, folks?

SECOND EDIT: Pretty sure I could be completely done with that show and be perfectly happy at this point.

Let’s start with this bit of awesome:

You may recall that I wasn’t as enamored as I wanted to be with the first couple of FORCE AWAKENS trailers, worrying that it was going to hit the wrong tone and be too scary for my son– who, incidentally, I’m trying to watch FORCE AWAKENS with as I’m typing this.

This, on the other hand?  This movie, which I would have told you yesterday was entirely unnecessary?

Super fucking psyched.  I mean, there’s not a lot here– it’s a teaser, after all– but what’s in there is awesome.  Maybe Forrest Whitaker is a little distracting, but he vanishes into roles so I’m sure it won’t be an issue in the movie.  The two things I like the most?  The music– we finally have a hint of what a post-John Williams STAR WARS might look like– and the fact that they apparently reached into the past to grab whoever is playing the younger Mon Mothma.  But… yeah.  Right now, I like everything about this.

Mild DAREDEVIL and WALKING DEAD spoilers in the next two parts.  Nothing too huge. 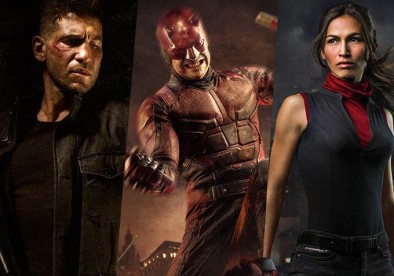 I was not the world’s biggest fan of the first season of DAREDEVIL– roundly despising the portrayal of the season’s big villain will do that– but I was much, much happier with the second season.  Jon Bernthal as the Punisher and Elodie Yung as Elektra were fantastic, the relationships between the three main characters (Matt, Foggy and Karen) made a lot more sense in Season 2 than in Season 1, and the show was just overall better than in the first season.  I was hoping to get an entire season free of the Kingpin and didn’t, and he was no better in his brief appearance in Season 2 than in Season 1, but I have few if any other complaints other than occasional bouts of silliness here and there and there being way too many ninjas in New York.  If you didn’t watch the first season, you’ll be fine without it (Kingpin was the bad guy.  They got him.  Done.)  and if you liked the first season you really should have seen this already.

I think my feelings about the Season Six finale of THE WALKING DEAD can best be expressed with a panel from the comic:

Honestly, here’s the funny thing: I was really pissed about this when it happened, and now, a few days later, I just don’t care any longer.  They can kill whoever the hell they want; it doesn’t really matter to me.

I suspect that’s not the emotional reaction the show was going for, honestly. 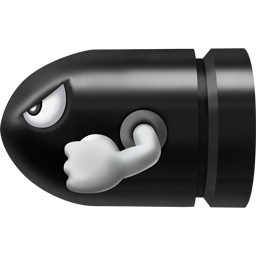 A few things for y’all:

Want to read a recap of the Season 6 TWD premiere?  Click here.

Want a free book?  THE SANCTUM OF THE SPHERE is free today!  Click here!