I’ve talked several times lately about how I’m making a concerted effort to recommit to teaching as a profession I’m going to retire from and increase my profile as a leader in my building. To that end, and among other things, I’ve joined a committee that is going to require some extra work of me throughout the school year– and, amazingly, is actually stipended– and I have a two-hour meeting fifteen minutes from now that’s going to be the first real meeting of that committee. We had a launch event of sorts a couple of weeks ago but that wasn’t much of anything; I’m actually having to do some preparation for this one.

And, Christ, the first meeting hasn’t even started yet and I’m already exhausted. There’s a certain way of talking about teaching that is so infected with bullshit corporate speak that it’s barely comprehensible, and these documents they’ve shared with us for our perusal are so thick with it that I want to wash my hands. Tons of nouns being turned into verbs, unnecessary adverbs, piles and piles of acronyms and simple things being saddled with unnecessarily complicated names, and lots of taking words and phrases and arranging them into shapes that don’t actually carry any useful meaning or promote any particular kind of understanding. Linguistic cruft. I’d copy and paste some examples but I’m pretty sure it’d end up getting me in trouble.

Like, there is absolutely a way to improve failing buildings. Every school can improve. But creating a 26-page report that no one is going to read and which is so overwritten as to be incomprehensible is not one of the ways you do that.

(They’re still not gonna close the honors academy, by the way, and that school is noticeably absent from this process for some reason. This means that the single best method of improving the scores of all our middle schools, simultaneously is off the table before we even begin. And when it gets right down to it, this is about test scores, not learning, and they aren’t the same thing.)

I have faith that once we’re past this initial phase and actually talking about our building we’ll be able to make strides toward accomplishing things; don’t get me wrong. I’m just made extremely tired by the way we’re getting into the process. 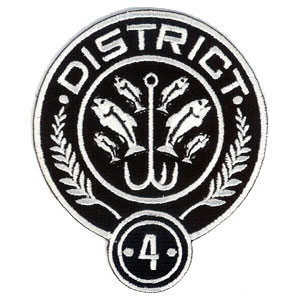 Man, District Four, I just don’t know what to do with you.

I had an in-person interview today; the second round.  The first round was a phone interview that, I thought, did not go very well.  I was, frankly, surprised to hear from the principal yesterday; scroll down and keep reading to see some of the comedy that produced.

Anyway, the interview was today.  I had thought, from my discussion with the principal, that the interview was just going to be with him or, failing that, maybe their assistant principal or something like that.  Ha!  When the AP came and got me out of the office, he let me know that there would be seven other people sitting around the table– himself, the principal, and five of their teachers.  (I’m good with that, mind you– teachers should be involved in the interview process.)

I’ll give you two guesses about what the actual questions were like, and the first one doesn’t count.

That said?  I think I did well– certainly better than I did during the initial interview.  The presence of an audience makes all the damn difference; I am so much better when I have actual humans to interact/perform for, even if they’re not supposed to be talking to me.  Again, though, I walked out of the building without feeling like I knew anything about the school or, really, the job itself; there’s a “do you have questions?” phase at the very end, but actually asking anything is kinda weird, y’know?  They’re done with me; I’m not going to spend fifteen minutes interviewing them about a job I haven’t actually been offered yet.

I’ve got two more interviews with other districts next week.  One of them I think may be a non-starter due to salary issues; if I understand their master contract correctly there’s no way I walk in the door with less than a $6000 salary hit, which isn’t going to happen.  The other may be similar but I’m not sure.  Either way, I’ll go in for the interviews, it can’t hurt.

(The weirdest thing?  No building tour.  I have never, never been in an interview in a school that didn’t involve at least a little bit of walking around the school.  I saw the main hallway and the teacher’s lounge and that was it.)

We’ll see how it goes, I guess.