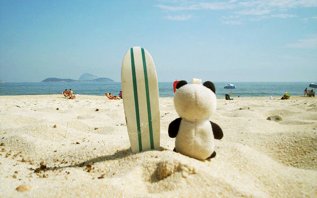 I’ve actually stayed pretty busy the last couple of days– I had the classroom portion of my CPR renewal class to attend yesterday and spent most of the rest of the day scanning dozens of documents and uploading them to the Indiana Department of Education’s slow, overworked server so that I can get my teacher licensure renewed.  This is the first time I’ve ever had to do this, as moving to Indiana meant I could let my Illinois licensure expire and my Indiana license was a 10-year.

This doesn’t change anything, mind you; I still have no plans to return to the classroom, but letting my license expire still seemed like a kind of terrible decision anyway.  I’m waiting for a bunch of recalcitrant ducks to get themselves lined up properly at the moment so that I can finalize everything, but in between now and then there is the World Cup to distract me– I’m sitting on my sofa with my laptop and watching soccer right now– so I’m pretty content.

I am taking next week off from work.  I am not doing this for any particular reason other than five things managed to piss me off in the first half hour of my day on Monday and I get two weeks of paid vacation this year.  I looked at the calendar, this upcoming week hadn’t been claimed by anyone yet, and so screw it– mine it was.  I’m actually going to go in for a few minutes Monday morning after dropping the boy off at day care because I have a pre-established appointment that is going to result in a (possibly somewhat sizable) sale, but after that I’m not going back in until the following Monday.  And frankly, with Sunday being Father’s Day, I don’t plan on spending a lot of time at work on Sunday either.  So I basically have a full shift tomorrow, part of one on Sunday, and maybe an hour on Monday and then I’m off for a week.

Plans include Dark Souls, working out a short story that is trying to pound its way out of the inside of my skull, soccer, and … that’s it.  At some point the family and I will go see Incredibles 2, which I’ve been eagerly anticipating for years.  But that’s all.

I’m pretty psyched about it, to be honest.

One thought on “On doing nothing of value”