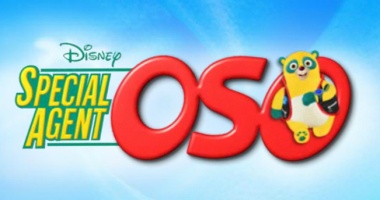 This is, I believe, the fastest I’ve ever written one of these things, as my son just discovered this terrible program last night.  I banned it forevermore before he went to sleep, only to get up this morning and discover him watching it again, apparently because my wife overruled me.  I shall have my revenge, I swear it.  Because Special Agent Oso is godawful, and I will not have any of its stupid songs running through my head.

Lets start with the theme song, which is like 20 minutes long.  First of all, Oso’s last name is Special.  Oso Special.

Oso is a special agent for some unnamed agency, and the names of the episodes always contain James Bond references, which is the only interesting thing about the show, because it’s not like any of the kids watching the show will get any of them so they’re clearly the result of the writers trying desperately to entertain themselves.  This special agency hires stuffed animals– yes, Oso is a stuffed bear, and the theme song specifically describes him as such.  He’s not a real bear. He’s an animated toy.  What dark magic allows his limbs to move is also left unclear.

At any rate, the episode always starts with Oso doing some secret agent shit, which would be cool if it weren’t for the part where Oso does not know how to do even one thing.  It’s amazing that he can even breathe given how dumb the show represents him as.  But they’ve got him doing all sorts of stuff.  He was in freaking outer space in one episode: 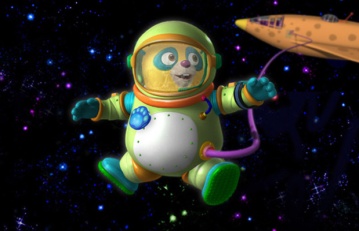 At some point the show will cut away from Oso doing his secret agent shit and find some kid on Earth who has a completely random problem.  This problem is always terribly minor on a level reminiscent of Super Why.  At that point the doohicky on his wrist will vibrate and Mr. Dos will let him know that he needs to drop everything and go solve this kid’s problem.  This is true no matter what he is doing or where he is.  Including outer space.  Go help this kid find the library or tie his shoes or whatever.  LEAVE OUTER SPACE FOR THIS.

You may wonder how they find the kids who have the problems, because these kids never actually contact the agent themselves.  It’s because this horrifying organization has the entire world under drone surveillance.  Think I’m kidding?  I’m not kidding: 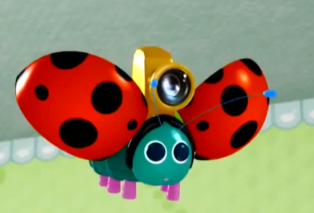 The drones, who are always watching you, tell a floating space station that there’s a kid with a minor inconvenience, and then Oso is notified.  He finds the kid and then begins asking questions that make it clear that he has no idea what the hell he’s doing and shouldn’t be a secret agent.  For example, on TV just now, he asked what a circle was.  Secret agents should be able to identify circles.

And then the worst part happens.  He asks his chest computer, who is called his Paw Pilot, what his “three special steps” are to solve the kid’s problem.  There are always three steps, and, underpants gnome style, the second is always “do the thing.”  For example, if the problem is you need to find a book at the library, the second step is “find the book.”  Need to wrap a gift?  The second step is “wrap the gift.”  It’s fucking weird.

Also fucking weird?  The floating animated head that is the Paw Pilot sings a terrible song and looks like nothing so much as Mystique giving birth:

Let’s pause for a moment to let that image sink in.

They also always manage to contrive some way to have a 10-second countdown at the end of the episode as Oso is trying to solve the problem.  Is Oso trying to write his name on a library card?  10 SECONDS UNTIL THE LIBRARY CLOSES.  Is Oso trying to wrap a present for someone’s little sibling?  MOM WILL BE DOWNSTAIRS IN 10 SECONDS.  Kite Day starts in 10 seconds.  It’s never anything where could ever possibly matter if the thing he’s doing takes 12 seconds.  Ever.

I hate this show.