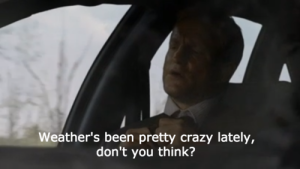 The more eagle-eyed (or obsessive) among you may have noticed: I’ve got a new page up there in the masthead, called “Contact Me,” and it’s got a person’s name on it!  Luther Siler!  Whoa!  Who’s that??

It ain’t me, obviously– or at least not my real name– but I figured what with the grant actually becoming a thing that happened I may as well go live with the pen name.  I can be reached at that email address, the more discerning of you are already subscribed to my Twitter feed, and… well, there’s also the Facebook page.

The name, by the way, was selected because it’s a combination of a couple of family names (neither of them mine) and, importantly, a perfectly clean Google/Facebook/internet record.  Plus it’s right next to “Scalzi” and “Stross” and “Sanderson” and not far from “Tolkien” on bookshelves, which is all I suspect Of the Good if indeed anything I write ever makes it to real bookshelves in real bookstores where such things might actually matter.

I’ll be honest: I’m not exactly sure what to do with Luther’s Facebook page at the moment, but it’s there.  I went ahead and claimed the Facebook page with his name on it and it’s available if you want to send a friend request but I don’t see myself posting much there yet.  I don’t like Facebook in general and most of what I’ve come up with that I might put there is stuff that would be duplicated with the blog and with Twitter, but who knows, maybe once there’s some more stuff to talk about I might put it over there too, and lots of people live on Facebook anyway, so… yeah.  I’m there.  I’ll accept friend requests.  Just don’t expect a lot of activity yet.

Feel free to call me “Luther,” by the way, if you want to.   The fact that it’s a pen name is going to be a fairly open secret but a few people have already commented that calling me infinitefreetime is more than a little unwieldy, so if you want to gravitate to a name I may as well get used to responding to it.

(And, by the way, if you don’t recognize the series of pictures on this post, dear God get yourself to a television and find a way to watch True Detective, which may be the best TV series ever, or is at least my favorite TV series right now.  It’s at least a little bit responsible for the story I posted earlier today, too, which seems to be getting a gratifyingly positive response.)

2 thoughts on “In which I have a name now”