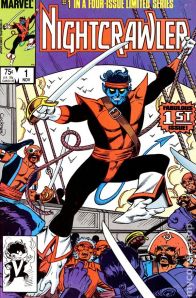 I’ve been collecting comic books since I was nine years old.  Never once in that time have I actually gotten rid of any, and I’m finally hitting the point lately where I really don’t think that my current collection is going to be sustainable for much longer.  Mind you, this is not an “I want to stop buying comic books” post– I don’t.  I just don’t feel like I need to have all the ones that I currently have for any longer.  I’ll probably end up holding on to maybe fifteen to twenty percent of my collection out of sentimental or story value, but most of what’s left I feel like I can get rid of fairly painlessly.

The problem is I don’t want to just throw them away, and any other method of getting rid of comic books doesn’t actually work very well.  There’s basically no market in back issue comics any longer– search Ebay for “comic book lots” and you’re going to get a wasteland, although I can’t really believe Ebay is still in business anyway, so maybe that’s not worth much as a data point– and for the most part I don’t have any books that have massively inflated values over whatever their cover price is anyway.  My local comic shop doesn’t want them, at least partially because for the last seven years they sold them to me, and they certainly don’t want them back.  Libraries won’t deal with comics, and at that point I sort of run out of ideas.  Pawn shops?  I kinda doubt it.  Secondhand places?  The nostalgia store in the mall?  I’d be surprised.

What’s triggering this is that if I want to keep my collection in any sort of reasonable shape I need to go through and rebox everything about once a year or so.  Now, I can just buy new boxes as I go and toss shit into them, but that means that if I ever actually want to find anything ever again it would take eons.  I have sixteen longboxes and three shortboxes– so call it seventeen longboxes– of comic books; a longbox holds about three hundred books, give or take.

(Just did the math.  The first sentence of this post originally said “three thousand.”  Gah.)

Anyway, if I want them to be in any kind of order where I can actually find them again, about once a year I have to buy a couple of new boxes and then spend a day or two interfiling all the stuff I’ve bought over the course of the past year into the collection– which is complicated as hell, because there’s never remotely enough room in the boxes I have, and I have to sort of start from one end and work my way back, moving every single comic I own at least once while I’m putting the new stuff in with the older books.  It’s a bloody obnoxious mess and it becomes more obnoxious every year.  And judging from the two four-inch-high stacks on my desk and the three full shortboxes next to me, I need to do it again like right now if I don’t want to be buried in these things– and I really don’t want to be buried in these things.

I should stash them all in the basement and not worry about it, but I’m worried that if I do that it would trigger an immediate basement flood– it’s too humid down there for comic books as is– and I’d rather throw them away then lose them in some sort of home disaster.  Which is probably kinda stupid but whatever, that’s how my brain works.

So, yeah.  Anybody planning on opening a comic book store and want some quick back-issue stuff?  Hit me up.  Or just come over and steal a bunch of them.  If you can get past the dogs you can have them.

Just leave me my Iron Man books.  Those, I’m never giving up.