Last night, I completely cracked the plot of the Skylights sequel wide open, for about the fourteenth time since finishing the original book– only this time it involves going back to the original draft of Sunlight that I got like 40,000 words into and then had to bail on, because I finally figured out how to make it work.

At this point the sequel to that book is going to be a foreword, 300 blank pages, and then the words “And then they all died” on page 301, because I am having that much trouble getting the plot to cohere.

In other news, despite the fact that I’ve put in notice at my job, there’s still a corporate visit next week and for some reason apparently I’m still expected to, like, do stuff around the store– I guess they don’t just pay me to sit on my ass and look at my phone for five weeks, or something nuts like that?  So I’ve been insanely busy at work for the last couple of days and tomorrow does not look like it’s going to be better.  I literally dusted every end table and coffee table in the entire store this evening.  Tomorrow I have to do the TV stands. I am crabby and sleepy and I have not had much brain left for bloggery when I get home.  I will, I hope, break myself of this habit tomorrow.

Seriously.  Email me some problems so I can do an advice column.  Otherwise I’m just gonna fictionalize the whole thing and that’s gonna lead to issues.

There’s a new post up over at Patreon with something no one has ever seen before!  Isn’t that exciting?  Join the ranks of the elect for just $1 a month!

I discussed this a bit the other day, but it’s official now: Sunlight is on hold, and when it comes back it may not be Sunlight anymore.  I remain deeply unhappy with the manuscript as it currently exists, and it badly needs a massive restructuring.  Basically a page one rewrite.  There are bits of it I can salvage, but even those are going to need restructuring and moving around.

So I’m putting it aside for a while.  The new goal– and I think this is possible, but y’all know how I am about hitting my own deadlines– is to have the next Benevolence Archives book available by IndyPopCon in June.  That’s going to be crazy tight, I’m not gonna lie.  But I’m already 1/3 of the way to my target wordcount for it, so it’s not impossible.  I still want the Skylights sequel out in 2016, but it’s going to have to be later in the year.  I need to put it away for a while to get a clearer perspective on where I want the story to go.

The good news is that I’m really happy with the stories I’ve written so far for Tales from the Benevolence Archives.  This is good stuff.  You’ll like it.  I promise.  🙂 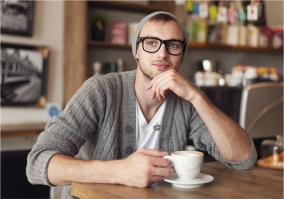 I am being That Guy and I have commandeered a table at a Panera and spread out with my laptop and various other digital accoutrements.  Annoyingly, I have forgotten headphones.  I should have remembered headphones.  But staying at home all day every day is starting to seriously fuck me up and if Getting the Hell Out of the House means that I need to spend more time staring at my laptop in a coffeeshop and less time in front of my desktop, then fuck it, that’s what I’m going to do.

Super Tuesday baaaaasically worked out like I thought it would.  The only place where I was really surprised was Bernie winning Oklahoma, and Bernie winning a state that’s 93% white shouldn’t be surprising– I just basically forgot it existed and lumped it in with the rest of the south.  Seeing Cruz win Alaska after Palin endorsed Drumpf was weirdly satisfying.  The Republican race will stay the same until at least Florida.  We’ll see if Rubio keeps giving victory speeches after Drumpf beats him in his home state.  You’re not Walter Mondale, dude, and just winning Minnesota and nowhere else doesn’t look good on you either.

I’m getting really worried about Sunlight, guys, and unless there’s a mental breakthrough in the next couple of days I’m going to put the thing on hold and shift my attention to other projects– namely, Tales from the Benevolence Archives, which I can imagine having out by June if I push hard at it.  I wanted Sunlight done in time for C2E2.  C2E2 is in twelve days, I’m not yet at the 2/3 mark, and I’ve written not a single word in the last, I think, three weeks.  The manuscript simply isn’t working in its current form and I’m pretty sure it needs a page one rewrite, because the corner I’ve backed myself into is not going to be salvageable by regular edits.  There are bits of it that can be saved, I think, but right now the whole book is treading water on its way to book 3, and that’s not acceptable to me.  The book’s just not good enough in its current form, and I don’t think I can save it with an action-packed last third, because the way it’s currently structured an action-packed last third doesn’t even really make sense. Right now if I wanted to I could have the book done in 10,000 words, easily. There’s nothing wrong with a 55K novel, especially in the age of the internet where most of my sales are going to be ebooks anyway, but there’s lots wrong with a 55K novel where not much of anything  happens, and that’s about where we’re at right now.

I can even do the damn series as a duology if I need to– there’s nothing sacrosanct about the idea of a trilogy– but if I decide that books 2 and 3 need to be one book, I still need to do some serious rewriting, as I don’t want the book coming out at 100K words.  Skylights came out just over 80,000 words, and that’s about what I’d want the sequel to be.

And cross all of that with the fact that I’ve been too depressed to write well most days lately.  I think I may need to go see my doctor and get my medications adjusted, but that’s a whole other thing.  I need to get this shit under control (where “this shit” refers to basically any aspect of my life you might care to name) and I need to do it soon.  I’m hoping to get at least a teeny bit of good news on the job front next week, but I’ve thought that before and the world hasn’t come through yet.  We’ll see.

It’s been around for a while now and tonight is the first message I’ve sent out, so please don’t think I’ll be spamming you.  I really won’t.

BUT:  Here is incentive to sign up, if you haven’t already.  The first newsletter contains an excerpt from Sunlight, my next book!  It’s brief, but it’s real!   And all first-drafty and probably riddled with typos!  It’ll be awesome!

That’s more exclamation points than I usually use in a blog post.