The South Bend Fraternal Order of Police, Lodge #36, recently posted this image to their Facebook page:

You will note the Santa in the lower-right corner is making That Gesture. This was posted to bring attention to the police union’s Elficers program, which is a toy and food Thanksgiving donation thing.

You can probably write the rest of this post on your own.

I believe the following things:

Go ahead, take a guess. What do you think happened when the local police union was told that the Santa they picked to help promote their Thanksgiving charity drive was making a racist gesture?

I’ll give you a minute.

Did you choose “double down” of fucking course they doubled down:

So, uh, here’s the thing, guys: It would’ve taken y’all less than ten minutes, max, to redo that image with any other Santa on that Google search list. There is no reason– no reason at all— to get defensive about that one. It’s a fucking stock photo. There are hundreds of other available images to choose from. You could have replaced the image, issued a literal two-sentence apology (“It was brought to our attention that a portion of this image featured a gesture many find offensive, which was not our intention. We apologize and have replaced the picture.”) and been done. Everybody would have forgotten about it in no time flat and, well, there wouldn’t be an article in the Goddamned paper about it today. I wouldn’t even know about it, and I wouldn’t be posting this today.

But nah, y’all couldn’t do that, could you?

And that is what makes it clear that y’all are racist as fuck. Because now there’s no deniability. Because you were told that Santa was making a racist gesture and you could have fixed it in seconds and instead your response is “Nah, it’s fine, fuck y’all.”

ACAB, even when they don’t have to be. 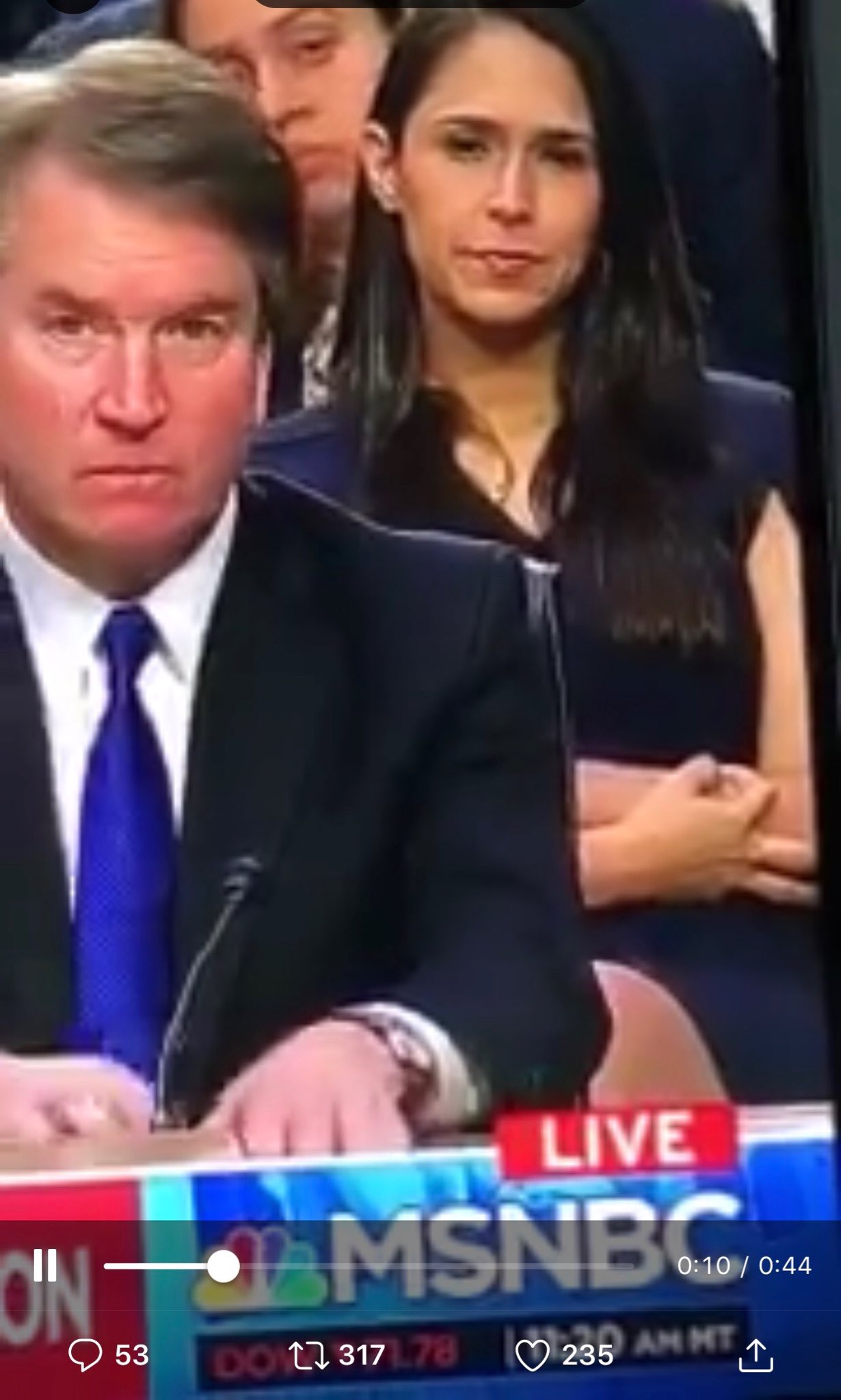 Let’s talk about this asshole for a second, and the shape her hand’s making.  Would I rather be talking about something else?  Yeah, probably.  Should this be a series of Twitter posts and not a blog post?  Well, maybe.  Am I still sick, and is this what I’ve come up with for tonight?  Yeah.  It’s my blog, so if I wanna waste time on nonsense I can.

The following things can all be true at the same time, and the majority of them are undeniable fact:

So: Do I think that Brett Kavanaugh has white supremacists working for him, and do I believe that Kavanaugh himself may be one?  Absolutely.  100%.

Do I believe that this woman is, herself, a white supremacist?  Except insofar as it would not surprise me for any member of Kavanaugh’s staff to be one, I had never heard of this lady yesterday and will have forgotten about her tomorrow.  So maybe!  Maybe not!  I dunno.

Did this woman deliberately decide to take the time out of the however-long-she-had-to-sit-there to randomly and quietly flash a white supremacist hand sign at the cameras?  Ehh.  Try as hard as I might, I can’t figure out what the point might have been of doing something like that, and, importantly: it doesn’t really fucking matter, because they’re about to steal another fucking Supreme Court seat.

My Tweets
Join 20,622 other subscribers