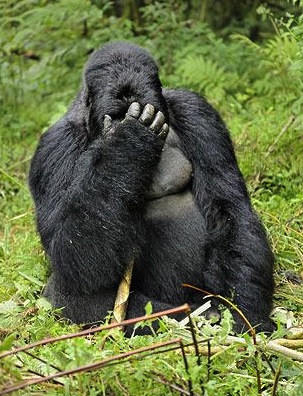 Mostly depressing, at least; one of them is sorta funny because I’m an idiot and one of them has a tiiiiiny ray of humor that will force you to cackle and then feel bad about it if you have a really twisted sense of humor and are a bad person.  Which: you’re reading this, so… yeah.

My lovely wife has not been feeling well these last couple of days, so I was asked to pick the boy up from day care on my way home from work.  Normally this is her job; she drives past day care on the way to and from work so it makes a lot more sense for her to do it than me.  She also physically pays the bills for day care so the office staff knows her from that.

Me, I’m around there much less often.  I generally only pick him up or drop him off if she can’t do it, which works out to about once a month.  Lately they’ve had some turnover in their staff and apparently a couple of people who worked elsewhere at the day care have moved into his room, so my face is even less familiar to everyone than usual.  Also: I’m a big fat bearded bald guy, and I tend to scan white supremacist until my not-quite-as-obvious nerd nature takes over.

Included in the text from my wife to pick him up was the important detail that he had a box of snacks in the refrigerator and a jacket that I needed to remember to bring home.  Okay, no problem.  The jacket will be underneath his cubby.  Cool; I can handle that.  What’s the door code again?  New text with that; I’m on my way.

I let myself in, nod at the front desk people (who don’t stop me) and walk into my son’s room.  At first it’s obvious that no one in the room recognizes me and the boy is facing the other way; for some reason, rather than call out to him, I wait for him to turn around and notice me, at which point he comes running over with his arms up and the adults in the room appear to breathe somewhat of a sigh of relief.  There are hand-painted leaves hanging on strings all over the ceiling; he points these out to me and I happen to notice his.  These weren’t hanging up the last time I was in there and he seems really happy to be showing them to me.

This is the part where I’m an idiot, but keep in mind what I do for a living.  The leaf has his name and 8-23 on it.  In my line of business, when you put a date on something, that’s the date you did it.  I remark, mostly talking to him, but loudly enough that the adults in the room hear me, that that’s been hanging there for a while and I didn’t remember seeing them the last time I was there.  I then make eye contact with one of the minders and ask about the jacket.  She points out his cubby.

There are two jackets on the peg underneath his cubby.  I don’t know which one is his.  This one gets me some serious side-eye and she grabs his jacket.  Understand that I have a good reason for this:  the jacket was unearthed from the basement like two days ago and I’ve never seen him in it– because I don’t take him to day care and the way weather in Indiana works this time of year is that you have the heat on in the morning on your way to work and then have the air conditioning on on your way home.  The damn thing is effectively brand new, and since we pulled it out of a box of hand-me-downs as opposed to going out and buying it I have a perfectly good reason to be unfamiliar with it.  Hell, it’s not like he could have picked it out.

I sign him out and turn to leave and my eyes happen to fall on another leaf.  This one has a date in July on it.  And it hits me:  that’s not a turn-in date, it’s his goddamn birthday.  I know my son’s birthday, goddammit.  Even if I can’t remember exactly what time he was born anymore.  Middle of the damn night, I can tell you that.

Point is, as far as these folks are concerned, I’m the shittiest parent ever, and as far as I’m concerned I’m not a shitty parent– at least not for this– but I may not be too quick on the uptake, so it’s not like I’m coming off well to myself.

(Sidenote:  My wife and I do not have the same last name; she kept hers when we married.  The only time I ever regret this decision at all is when we’re dealing with the boy.  I don’t care if she has my last name, but I would like it if the three of us had the same last name, if that makes any sense.  Him having a different last name from her makes me look like an absentee father and I don’t like that at all.)

Anecdote the Second, the more depressing one:  I’m in the gym this morning when a couple of sixth graders, both girls, run up to me.  I know one of them fairly well, at least for a kid who’s never been in my room, and know the other one not at all.  They hand me a note that the one I don’t know found in her locker at the end of the day yesterday.

“I didn’t write it,” the one I know says, which is kinda weird because I’ve not accused her of writing it yet.

I read the note.  It may be the most obscene, sexually explicit thing I’ve ever seen in a school before.  It’s from another student– presumably, another sixth grader, who bills himself as this other girl’s secret admirer.  It begins by talking about how much he’d love to put his fat dick right into her mouth and have her suck on it for a while, and by the end of the note he’s fucking her in the ass so hard the tip of his dick is coming out of her mouth.  At the end it asks her to write back and put her response to this well-considered proposal into a nearby locker– which, as it turns out, is the locker of the second girl– thus the panic about me accusing her of having written it.  She offers to show me a sample of her handwriting; I decline the offer.

Perhaps the worst thing about this is that I genuinely can’t tell whether this note is meant to be sincere or whether the writer is trying to make fun of the girl or hurt her feelings.  It’s obviously horrifyingly inappropriate, and God how big of a fuckup as a parent do you have to be that your kid thinks it’s okay to write notes like this to someone– but what makes it worse is that I think he thinks it’s going to work.  The kid’s not trying to scare her or harass her– he may actually think this is a love note.  Which may be the most fucked-up thing I’ve ever encountered as a teacher.  Honestly, I think if it hadn’t referenced the other girl’s locker I might never have seen it.  The girl who brought it to me seemed a little grossed out but otherwise wasn’t as bothered by the note as I was.

Sixth graders.  And sixth graders in September, which is important– this is a year with a lot of development happening.  This would still be surprising in May but not nearly as much.  And, again– this note is beyond the pale even compared to the other shit I’ve confiscated over the years.

I bring the assistant principal over and hand the note over to her.  We both suspect that we can catch the culprit with the cameras; I haven’t followed up yet to find out if they caught anything.

I promised a funny part.

I’m going to fuck you in the ass, eleven-year-old, until my dick comes out of your mouth… but only if you think that’s okay. 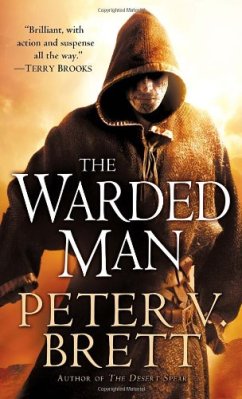 Here’s how to write a book I’m not going to like:

This book fucking sucked and you should not read it, and Peter V. Brett should feel bad for having written it.  The worst bit is that I could easily keep complaining for another thousand words but the boy just woke up so I have to go.