Examples?  Sure.  There is a Taco Bell near OtherJob (which, I suppose, I ought to start calling OnlyJob by now) where the drive-thru lane funnels you into about thirty feet where the building is on one side and there’s a curb encircling a grassy planted area on the other. In other words, once you’ve ordered food, you’re stuck in that line unless you want to hop the curb.

So I’m attempting to order food and it is taking ridiculously long for whatever reason.  The car in front of me gets their food and an extremely apologetic employee tells me it’ll be another couple of minutes before I get mine.  I wait.  Sure, whatever.  The car behind me is not so patient and starts honking her horn.  I glance in my rear-view mirror and I see that, somehow, she’s yelling at me, gesturing that I need to move forward so that she can pull out.  Now, I’m driving a small SUV, and her car dwarfs mine.  She can easily get over the curb, she just doesn’t want to.  And if I pull out of this line, the cars behind her are going to move forward, and then there’s going to be a clusterfuck, because I’m not going to be able to get back to the window.

So, no, lady, I’m not going to be accommodating you on this.  So I ignore her and stay where I am, but continue to glance in the rear-view from time to time.  Note that I can’t actually hear her, but I can see her continue to yell and gesture.  No.  You hop the curb.  Or just be patient.  This is ridiculous.

Eventually I get my food and she roars away.

Yesterday, again on my way to OtherJob, I’m second in line waiting for a red light in a left turn lane.  I’m maybe a foot off the bumper of the car in front of me– not up his ass, but close enough that there’s clearly no way to squeeze in between us.  To my left is one lane of traffic.  To my right, the going straight/right turn lane and then an entrance to a parking lot for an apartment complex, which is probably closer to the light than it should be, so even though I’m only the second car waiting for the light it’s basically immediately to my right.

A bigass yellow pickup truck turns right off the street I’m trying to turn onto.  He wants into that parking lot, so he just stops, the rear end of his car blocking traffic on the cross street, and starts hollering at me to back up.  If he just completes his turn there are a dozen different places within a hundred yards where he can loop around and turn right into that lot, but no, he wants to turn left.  Through my car, and eventually through the car to my right that wants to go straight.  But no, we can’t do that, so I’ve got to holler at the guy who wants to turn left to back up so that I’m not inconvenienced for twenty seconds.

Again: um, no.  Meanwhile, cars are piling up behind him, because he’s blocking a lane on the cross street.

At one point he actually guns his car at me and lunges a foot or so closer.  This actually gets him eye contact.  Go ahead, asshole.  My car is sixteen years old and has 150K miles on it.  It’s legally old enough to drive itself.  I can handle a dent.

He literally sat there and hollered and blocked traffic for probably a minute or two rather than taking thirty seconds to complete his turn and find a place to turn around.  Meanwhile, I’m starting to muse about how difficult it would be to mount a flamethrower where my running boards used to be.

(*) There is absolutely no chance that I’m going to start walking to work. 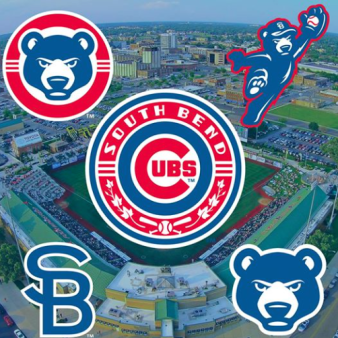 spent a good chunk of my day at work yesterday not actually at work, but running various errands around town that took me out of the office– I had to deliver some stuff to another school, to pick up keys from another staff member’s wife (more essential, and also more ridiculous, than it probably sounds) and to drop some stuff off at the administrative offices downtown, because inter-school mail stops working over Winter Break and I needed them have the paperwork before we left.  I probably spent a third of the day in my car or otherwise out.

Our administrative offices are downtown.  South Bend’s downtown is not large, but it is much like other downtowns in that parking can be tricky because there are a lot of one-way streets and a lot of street parking.  I lived in Chicago for long enough that I can confidently declare myself the best parallel parker in the state of Indiana, so that’s not a worry, but there’s still lots of “Is that a space?  Will I fit there?  Wait, which way does this road go?  Can I turn right here?” going on while looking for a spot, and the fact that I can never exactly remember which east-west road forms the northern boundary of our administrative offices doesn’t help.  I tend to turn a block too early, which means I need to turn away from the office when I hit the street it’s on, which is annoying.  And I’ve done it enough times that I have only myself to blame.

Anyway. On one of my various turns and backtrackings I drove past the county courthouse.  The courthouse is directly across the street from the St. Joseph County Democrats’ headquarters.  I assume the mayor’s office is around there somewhere; probably in the same building the courthouse is in, or the County-City building, which is attached.  At any rate, I’m in the right lane, driving north, meaning there are parked cars to my right because it’s a one-way street.  I’m a little distracted in that looking-for-a-parking-space, kinda-not-certain-where-I’m-going way that one gets when looking for a spot in a downtown, slightly unfamiliar driving environment.

And somebody walks out between two parked cars in front of me.

This is less dramatic than it probably sounds; I stepped on the brakes and never got within five feet or so of him, and he realized immediately what he had done and shot me an apologetic little combined head-nod/bow thing.  He was never in any real danger, just one of those “OH SHIT oh we’re okay” sorts of moments that you get sometimes when you’re driving.

But I was close enough to him to recognize him, especially once I noticed that he was wearing a City of South Bend pullover– not exactly a garment I see on a lot of people around town.

I had just nearly run over Mayor Pete.

Who had been jaywalking.

Killing the mayor would probably have really screwed up my weekend.

In searching for an image to use with this post, I came across this parody Twitter account.  Which is not the mayor, obviously, but… well done. 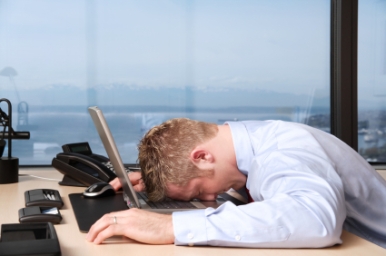 I’ve been a little preoccupied with dying lately, right?  You can understand why if you’ve read my post about last week.  I spend a patch of my drive in to work on a highway, a highway well known to be treacherous in bad weather by basically everyone who lives around here, and as I was pulling on to said highway this morning it floated through my head that there were no less than three places on my way into work where my chances of getting killed in a car accident were going to spike.

My highway cruising speed in my current car is around 60 MPH, which is slower than most of the cars on that road are going to be going.  It’s not me, it’s the car; when I rented a car for the Nashville trip I was driving faster.  In this particular car, for whatever reason, I have to think about it if I want to drive faster than about 60.

I’m on my way in and the idiots on the radio start blathering about some study some yahoo did to determine how much Santa Claus ought to make.  They’ve decided it’s around $137,000 a year, and the idiots are going on about how they’ve combined yearly salaries for a whole bunch of things– shipping, delivery, receiving, manufacturing, blah blah blah.

For whatever reason, this sets off a chain of thoughts in my head where I’m musing on how much difficult work in this country is compensated shittily because we don’t value the people who do it.  I’ve said this before, and it’s true: people who make minimum wage in this country work harder than I do.  I’ve had minimum-wage jobs.  They are much harder than jobs that make much more.  What they aren’t is more valued.

But anyway.  This post isn’t actually about politics.  What this post is about is that I looked down at one point during this brain-rant and discovered I was going eighty miles an hour.

Make that four places where my chances of dying were going to spike on my way in to work. I swore I’d never complain about American drivers again after spending a month in Israel. This makes Israeli drivers look like pikers.