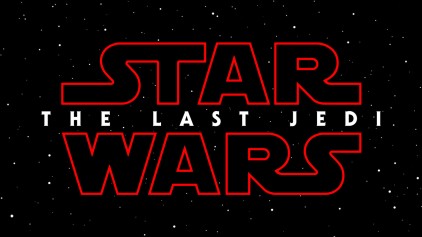 I begin so many of my reviews this way, but I think it’s important enough that I keep repeating it: I tend to get caught up in my own head when I really like something or when I really hate it, and it’s generally good for me to give myself a few days to think about something before expressing an opinion on it.  This is me three hours out of the theater.  When I write the spoiler review, which I’ll try to get done Sunday but could be any time after today, my opinions may be somewhat different.   Most of y’all know this about me.  The rest of you: FYI.

(And, for the record, The Force Awakens has only sunk in my estimation since seeing it, and Rogue One may be my favorite Star Wars movie.)

This is, of course, the spoiler-free version.  I will spoil every last plot point in the next review.

Here are the three worst things about The Last Jedi:

I walked out of TFA generally pleased with it but with a list of what at the time I thought were minor complaints.  I am, right now, hard pressed to come up with a single substantive whine about TLJ other than the aforementioned five seconds of dodgy CGI.  I struggled very hard to avoid using the word “perfect” in the car on the way home, and then failed and did it anyway.

I fucking loved this movie.  Loved every fucking second of it.  Loved things about it that at the moment I cannot explain why I loved, since some of the things I loved about this movie were things I hated about TFA.

I want Mark Hamill– Mark fucking Hamill— nominated for a Best Actor Oscar.  One of the things I will still praise unto death from TFA is the quality of the performances.  Mark’s performance in this movie makes them all look like amateurs.  He’s amazing.

Every last moment of TFA was telegraphed and expected.  The movie was more or less a point-by-point remake of A New Hope.  This movie took me by surprise on at least half a dozen different occasions.  Not a damn thing went like I thought it was going to.  That line from Luke in the trailer, where he says “This is not going to go the way you think”?  He’s talking to the audience.  I have, right now, no idea where Episode IX is going to go.  None.

So, yeah.  Right now: absolutely goddamned brilliant, and you should be running-not-walking to theaters to see this movie.  I hope I still feel the same way in a couple of days.

(Oh, one more thing: not one second of useless, stupid fanservice, unlike a solid 20% of TFA and several of the worst moments of R1.  Which may be my favorite thing about the movie.)

(One more thing– a very minor spoiler: neither Greg Grunberg nor his stupid Greg Grunberg face appear in this movie!  Which is wonderful!)