There have been years– not a lot, but they’ve happened– where I spent more on my classroom than the person in the White House did in Federal taxes in the year he was elected.

I’d like to think that these recent revelations are going to make a difference, but I’m not surprised by anything in them and I doubt many other people are either. That said, the article is worth a read, if you can handle the inevitable explosion of hatred and anger while you’re reading it.

I don’t generally miss presidential debates, even if I don’t liveblog them, but I really might have to skip this one.

Went to Target tonight and bought a Nintendo Switch, along with the newest Zelda and Mario games.  I have high hopes that eventually I’ll want to buy more than those two games but this is a Nintendo console so who knows.

Why, yes, we did get our tax refund this week, why do you ask?

I’ve said before that I regret not being able to see as many movies as I used to; there was a time in my life when I was seeing at least a movie a week and very frequently more than that.  I don’t think I saw a single one of the Best Picture nominees (I say “I don’t think” because I can’t name more than two) and so therefore I haven’t seen Moonlight.  Honestly I can’t even tell you what it’s about.  I know nothing about the film other than it had a black director (who I can’t name) and at least a majority-black cast.

I wish to hell I had at least watched the Academy Awards last night, because Twitter’s reaction to the fuck-up with the Best Picture winner would likely have been the entertainment highlight of the month.  It would have required me to be up later than I like to be nowadays, though.  Unfortunately.

It’s pretty clearly tax refund time, leading to a couple of different fun phenomena over the weekend.  First is people walking in, picking something out and then dropping a big stack of cash on the table to pay for it.  That’s not exactly uncommon to begin with but it’s been increasing a lot lately.  The second is people who deposit a check on Friday that is four or five times the size of their existing bank account and then come in on Saturday and are angry and startled that their debit cards aren’t working.  And then they want to fight about it, which I suppose I sorta get, because it’s embarrassing, but goddammit I get paid for this shit and I’m not about to fuck with you so that you don’t get to have any furniture.  So quit goddamn yelling at me.

There was something else but I don’t remember it.  Oh well. 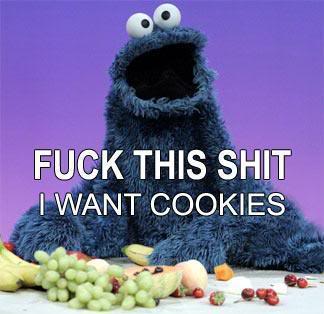 So, without getting into any details, because details would be terribly premature at the moment, I’m investigating another couple of avenues to use to sell my books, and my investigation of those avenues is leading me down a rabbit hole (yes, an avenue that leads down a rabbit hole, roll with it goddammit I’m tired) of all sorts of lawyerly nonsense and financial nonsense that I’m not used to having to think about.  I’ve had to open a new PayPal account, for example, and I hate PayPal with a fiery, flaming passion; I’ve been trying to get these assholes to allow me access to some of my money that they have had since 2006, and they are insisting that I provide information about a bank account that has not existed since 2004 to get into it, and now they have another account from me under my current bank, only going through Luther’s email address.

(If that sentence confuses you, remember that Luther Siler is a pen name, and occasionally I will refer to him as if he’s a separate person.)

Anyway, point is, my name has to be on Luther’s PayPal account, which is also annoying because I don’t quite understand how PayPal works (because I haven’t used it often, because I hate it) and I don’t particularly want my real name splashed all over any transaction that I do using PayPal– which means that I need a PayPal business account, which is kinda okay since I was thinking of setting up a sole proprietorship publisher for my books anyway, and then I could just use the name of the company for all my PayPallish dealings and not my real name.

Only then I have to learn how to do that, and pay fees and visit county recorders and file paperwork and open a new bank account and– oh– file goddamned taxes, which terrifies me.  Now, my dad is a CPA, so I assume he can help me with this shit, but I’m still generally not great about financial stuff and I don’t want to have to learn to get better so that three times a week someone can send me three bucks, y’know?  And while I’m generally pretty fond of my dad and I know he would help me and this is literally what he does for a living, there’s also an aspect of Some Grown Ass Man Shit going on here and I prefer to figure things out myself rather than running to Daddy for help.  Which is dumb.

Then again, getting my books into some of these pipelines I’m looking at would actually be pretty nice.  And, let’s be honest here, my taxes in 2015 were going to be a nightmare anyway.

So what I need is a free lawyer, who knows her shit and is willing to just deal with all this stuff and then tell me that it’s free of charge because she thinks I’m awesome.  I need my wife to become a lawyer, in other words, because ain’t nobody else gonna work that way.

Or maybe I just need to go play Dragon Age for a couple of hours and forget about all this nonsense for a while.

(Also, speaking of my books, I know I’ve been super-extra-harassy lately, but I’m one sale away from having sold books every day for a week, which would be really neat and has never happened before.  If you happen to have been on the fence, today would be a great day to hop off of it.)

I have filed my taxes, like a good ‘merkin.

BE PROUD OF ME.