Here is a thing that one ought not to do:  Sneeze, abruptly, profusely and wetly, while driving to work in the morning.  Because the horrifying glob of gross that fires from your  mouthparts will hit your windshield at the farthest possible location from your face, and you won’t even find it for a few minutes, and then you’ll notice, and by the time you get to work it will have frozen to the windshield as well as to the dash underneath, and you will discover that cleaning it off with what you have on hand is impossible, and then your car will spend twelve hours outside and you will realize that you are stuck with a smeary blob of gross on your windshield until your car has time to warm up in your garage for a bit before you try to clean again.

I thought the cat was just sick. No, he’s making a map of Scandinavia.

Also, I need to rip out this carpet.

First things first, a question for the WordPress folks: are you seeing a new big “Go Premium” button showing up constantly when you go to your dashboard?  Or am I just special?  I’ve hit a few traffic/followers/number of posts milestones recently, right around when I started noticing it, and the timing seems suspicious.  I’m wondering if they figure I’m a good target for the advertising.  (They’re right, and I’m probably doing it soon.)

That sentence originally had a comma and some follow-up afterwards, but really, whenever I can start a description of my day using the phrase “projectile vomit,” I probably really don’t need to elaborate a whole lot further.  It also featured a case conference for one of my massively autistic students (as opposed to my mildly autistic ones) that took place while the student in question went AWOL from class and spent the entire conference merrily roaming the halls and fleeing from security.  Which, honestly, ended up being rather convenient, as Mom was in the midst of proclaiming that she didn’t believe he really did that when I walked into the conference and let everyone know that I had no idea where the hell he was.  He’d fled the room when my back was turned.  He’s done it two or three times this week.  We thought we’d gotten the behavior under control over the last couple of months but it’s returned with a vengeance over the last couple of weeks for some reason.

But, yeah, right.  I was talking about projectile vomit.

(I’ve never typed that sentence before.)

It’s actually not much of a story, but one of my kids was being sluggish and sleepy all through class, which caused me to go over and make him sit up a few times.  To my detriment, I didn’t remember that his little brother, who is in my first and second hour class, was out sick today.  In my favor, the dummy coulda told me he was sick at any point during class and I’d have remembered his brother was out and I’d have sent him to the nurse immediately.  He got up at one point and got the trash can and brought it over next to his desk; I told him to take a walk, which is generally understood by my kids to mean “keep the damn trash can and head for the bathroom.”  For some reason he chose not to do that, instead going out into the hallway, without the trash can, which he set down by the door, waiting for me to have a perfect moment of attention and silence from my class, and then noisily and spectacularly upchucking in the hallway outside my room.  Go home, foolish boy, and if you come back tomorrow I’m going to be terribly annoyed with you.

Also, Jihad’s expelled again, for good this time, I believe.  He will not be missed. 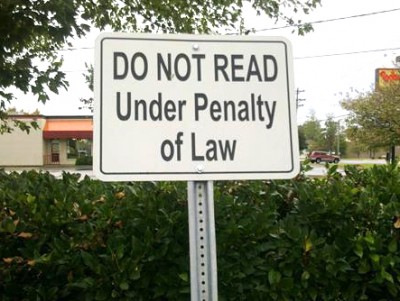 I repeat: do not read this post.  You don’t want to know anything I’m going to talk about in this post.

You’re still reading.  You understand that I’m not kidding and you’ve been warned four fucking times now if I don’t count this warning which is technically the fifth if I’m allowed to count the word “seriously” as a warning which I can because this is my blog and I make the rules.  Plus, like, the title of the post.  And the picture.

Here, I’ll put a line so that you can have a place to stop:

So I was a vegetarian for a week, right?  One of the unexpected awesome things about being a vegetarian was the awesome bowel movements.

WHAT GODDAMMIT DON’T YOU DARE GET ALL SKEEVED OUT NOW I TOLD YOU THIS WAS GOING TO HAPPEN LIKE EIGHT TIMES SHUT UP YOU HAVE TO READ THE WHOLE THING NOW AND LIKE IT.

Seriously.  Pooing as a vegetarian is the absolute best kind of pooing.  I’ve never been this damn regular in my life, and some of the stuff that was coming out of me was the kind of bowel movement that you want to take a picture of so that you can reflect on how proud of it you were later.  (Shut up; you all know EXACTLY what I’m talking about.) And, like, high enough in quantity that you feel pleasantly emptied-out after each bowel movement, as opposed to pooing and then feeling like you still need to poo five minutes later, which I believe is known as the “Chinese food poo” across most of the Western world.

For a week, I was a poo king.  Like, Count Poo of Happyshit Mountain, the Grand Regent of Poo, the Magnate of Meconium (you clicked, didn’t you?), His Majesty the Lord Superior of the Seven Heavenly Principalities of Poo.  It was amazing.  This ought to be in the vegetarian brochure, people.

(Mental note: write the vegetarian brochure.  Make millions of both brochures and dollars.)

I had three meals today, and all three involved meat.  This was intentional, obviously; I usually don’t eat meat at every meal but I missed it.  Breakfast involved sausage, there were hot dogs and some beef soup at lunch, and dinner was a Triple Coronary with a side of clogged arteries at Culver’s.  Delicious.

And I’m gonna have to sleep on the fucking couch tonight because of the beef farts.  My nose hairs are singed. Jesus.  My wife’s gonna kill me if I hotbox the comforter tonight.

Day Four of the Great Vegetarian Experiment:  risotto!  Mushroom risotto, to be precise.  I didn’t know what risotto was until I started watching Gordon Ramsay shows, and now that I’ve made it I can never stop.  Soooo goddamn good.  Tomorrow will be some sort of pasta, I think, and then I just have to make it through Friday and Saturday and I can have an entire pig for breakfast on Sunday if I want.

I’ll admit I cheated a tiiiny bit on this one, because the risotto was made with chicken stock, although there isn’t any actual meat in there.  However, I said in the ground rules that I wasn’t going to worry about chicken stock, and the people at Slate say chicken stock isn’t meat anyway, so nyah.  (Sidenote:  I’m entertained to note that the guy in the article is also using chicken stock to make mushroom risotto.  That’s a coincidence, I swear.)

Today was the first day where I really missed meat, to be honest– which manifested itself in three different ways:  first, whatever the kids were having for lunch in the cafeteria smelled really good.  Second, I hit the vending machine for a snack during my prep period (my lunch is really early in the day, so this happens probably more often than it should, since my prep is last hour) and was halfway toward getting vending machine jerky before it hit me that a) vending machine jerky is meat, and b) are you kidding?  Vending machine jerky?  Like hell I’m eating vending machine jerky.  Then on the way home I drove past Arby’s, which is still prominently advertising their Arby’s Smokehouse Brisket Sandwich, and… I’m not gonna lie, there might have been some drooling.  No buying, no eating, but drooling.

I promised “odds and ends” in the title of the post, but the two other things I was going to talk about– the bullying movie the whole building had to watch today and the release of Bill Ayers’ Public Enemy: Confessions of an American Dissident both kinda feel like full-sized posts now that I’m thinking about them.  So maybe I’ll overpost for the next couple of days if I get them written.  Many of you are probably tired of hearing about food by now anyway, I imagine.

My Tweets
Join 20,622 other subscribers