The short version of this review is this: That they have finally made a Batman movie that I approve of, something I had formerly thought was impossible.

Slightly longer version: I am hard on Batman movies, y’all. I liked Tim Burton’s first Batman movie way back in 1989 and that has been it. I hated the second one so much that my neighbor came over when I got home to ask me to rant about it to my parents less quietly, and when I say neighbor, I would like to remind you that we lived in a house. I don’t even recognize the Nolan movies as having Batman in them. That’s a murder-happy bat-ninja. That’s not Batman. And the less said about Batfleck the better.

This movie is not perfect, but it is closer to being about Batman than any other live-action Batman thing I have ever seen. I am sorely tempted to dive into gripes; the Batsuit is ridiculously tough, rendering Batman virtually immune to gunfire and at one point a C4 explosion that goes basically directly into his torso and doesn’t even scratch him; the chief of police is completely forgotten about as a character after Batman beats up Jim Gordon and flees police custody, and a few other things. There are bits where it is goofy and I suspect that the goofiness is not intentional. Also it is three fucking hours long and yet somehow lacks a few pieces of critical exposition that should probably have been in there somewhere. We watched it over two nights; I highly recommend this approach.

This is also a very different Bruce Wayne than we have seen before, either in the movies or the comics. Bruce Wayne has always been portrayed as a charming playboy; I’m pretty sure this one is a virgin, and he’s a shut-in to a degree that it constitutes clear evidence of a mental health problem. My wife referred to Bruce as a “weird little goblin” at one point during the film and a “drama queen” during another and frankly those are both pretty damn accurate assessments. There is some romantic stuff going on with Catwoman (who hasn’t really adopted that role with a capital-C yet, but whatever) but it’s all at her initiative and they both play it like she’s toying with him because it amuses her.

So it’s not perfect. That doesn’t stop it from being real real good, though, mostly because of the things it gets right: first and foremost, unlike every other Batman movie ever, Batman is a fucking detective in this movie. He is a detective and he is working directly with the GCPD for large chunks of the movie despite many of them not being especially happy with it. And while they do veer into what I think is unintentional camp a couple of times, the movie never forgets how weird it is that this dude is literally running around in a cape trying to beat up criminals. He’s new enough that people are scared of him, but he’s also new enough that some clearly don’t take him seriously, and watching the reactions during the scenes where he strides into a packed nightclub in full gear is really something. This doesn’t appear to be a world with superheroes; there’s a mention of Bludhaven at the very end of the film but no, like, coy references to blue Boy Scouts or anything like that. This is, essentially, entirely separate from any of the rest of the DCU, and frankly, I don’t see this guy being buddies with Superman.

But you know what else he does? He saves people. Which is something you see sadly little of even in superhero movies I like. You know what he doesn‘t do? Kill people. Or use guns. Which is a huge deal, and they make it very clear at multiple points in the movie that Batman doesn’t like guns, and especially in the big fight at the end the film is at pains to make sure you realize that the criminals he’s fighting are being incapacitated, or taken out of the fight one way or another, and not killed. This is, to me, a big deal; not killing and not using guns are the two most critical aspects of Batman’s character and the one thing the movies have consistently gotten wrong.

Now, beyond the Batman-centric issues: the cast is phenomenal. Colin Ferrell is unrecognizable as the Penguin (and now I want him to replace Vincent D’Onofrio as the Kingpin) and provides one of the movie’s most unexpectedly hilarious moments when he reacts with absolute disgust to the idea that Batman has gotten, no shit, a detail of Spanish grammar wrong. The Riddler is creepy as all hell, which is not a sentence that anyone had ever even thought prior to this movie being filmed. Zoey Kravitz and John Turturro as Catwoman and Carmine Falcone are great. I also really liked Robert Pattinson. His Bruce Wayne, as I’ve said, is certainly a different take on the character than what we’ve seen before, but his Batman is spot-on. There has been a lot of talk about the raspy, growly voice that other actors tend to adopt as Batman, and I think one of my favorite things about how he plays the character is that his “Batman voice” just projects calm. That’s it. There are definitely some moments where he lets the rage through (there’s a great bit with Riddler toward the end of the film, and another where he thinks someone is in danger and is freaking out) but in general he just sort of radiates this preternatural calm for 90% of his screen time, and it’s a really interesting take. Also appreciated are a couple of moments where his inexperience shows; there’s a great moment where he tries out a gadget for what sure looks like the first time and he has a moment of absolute undeniable terror on his face as he activates the thing. And while I complained about the Batsuit being bulletproof, there are a couple of places where he does take some seriously brutal hits (one right after activating the device I just mentioned) and he might actually inject himself with Venom at one point in the film.

The movie looks great, and the action scenes are phenomenal; you always know what’s going on and where everybody is, which is something that a lot of directors simply haven’t mastered. The score is great, and I feel like I’ve said that already but it’s worth saying twice. Gotham itself is a grotesque, broken mess; this is the ugliest Gotham we’ve seen on screen, I think, and it fits the aesthetic of the film, which owes a lot to Se7en in a lot of places.

So, yeah. It’s streaming. Go watch it, now that you can do it without spending three hours sitting in a pool of aspirated Covid. You’ll like it.

For someone who doesn’t actually buy Batman comic books, I am surprisingly purist about the character, and haven’t liked a Batman movie in … well, since 1989, and I’m pretty sure if I revisited the original Batman I wouldn’t like it any more. So I’m surprised that I’m vibing with the trailers for this one. Quite surprised, honestly, because: are they genuinely going for the angle that Batman is a psychopath here? Is that what’s happening? The comics have made the idea either text or subtext for a long time– that Batman is just the mirror image of his villains, and that it’s pure coincidence or luck that he turned out to be the good guy in the equation– but I don’t recall that the movies have played with it very much. But Robert Pattinson’s Batman really comes off as nuts.

And absolutely ridiculously bulletproof, too, but that’s a whole different conversation.

My wife wants me to watch BATMAN V SUPERMAN with her tonight. Do I liveblog the whole sorry mess of a movie while I’m watching? 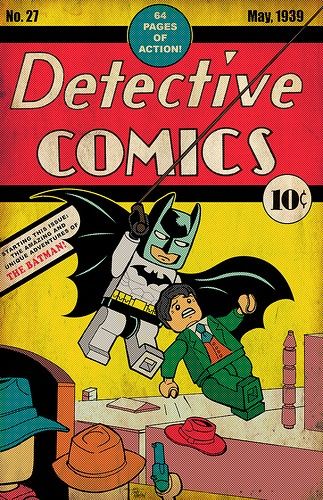 After leaving the movie, I was thinking about what I’m always thinking about when I leave a Batman movie, which is that I will never get the Batman movie that I want.  Batman has been the star of a comic book called Detective Comics since nineteen thirty goddamn nine.  That was a really long time ago.  There have been approximately three hundred Hollywood films with the word “Batman” or some variant thereof in the title since then, and some of them actually had Batman in them.

Can we get a damn mystery Batman movie, please?  One where he has to actually solve a crime and act like a detective?  I mean, hell, they’re basically making one of these things every two or three years and seem likely to be planning to continue that until I die.  Can I get one of those to be a detective movie?  Bonus points (this will never ever happen) if it’s a noirish piece and actually set in the 1930s or 1940s.  You can still end the movie with a slam-bang action sequence, just make all the stuff before that be quieter and give me a Batman who uses his brains and not his gadgets and ninja skills.  Yes, Batman Begins, the movie about black-wearing-ninja-sword-fighting-not-Batman-angry-guy, I’m looking at you.

Don’t take this as a criticism of Lego Batman, by the way.  There’s nothing wrong with it; as I said, it’s exactly the movie I thought it would be (perhaps a bit more clever) and is probably exactly the movie you think it’ll be.  But gimme just one dark, shadowy, film-noir Batman crime movie where he has to slink around and detect some shit and doesn’t do a lot of punching.  I promise it’ll still make money.  Please? 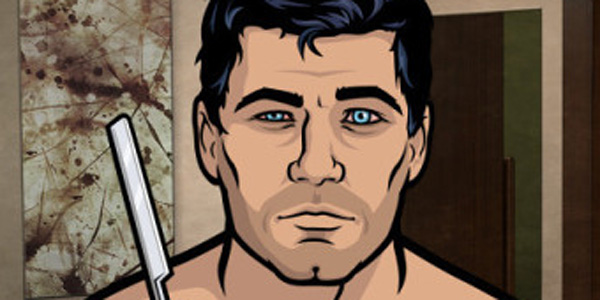 At some point last night at OtherJob I wrote an entire blog post in my head.  I was pretty convinced it was a good one, too.  Now it’s 10 AM Sunday morning and the only thing I’ve managed to achieve is a cup of coffee and a shower and I have no idea what in the world I might have gotten into my head to write about.

Let’s grab-bag a couple of things.

1) I think I’ve talked about this before, but I have no intention of purchasing or reading Go Set a Watchman.  I never believed that she actually wanted the book published (this interview with her “editor,” a man who claims he doesn’t know if the book was ever edited and apparently doesn’t realize that planes exist, is terrifyingly shady) and from what I’ve seen from people who have read it, I stand by that decision.

2) The recent footage from Comic-Con from Batman V. Superman has, for the first time, made that movie at least a tiny bit interesting.  I like the idea that Batman’s vendetta against Superman is rooted in losing people in Metropolis when Superman destroyed it.  The shot of Bruce Wayne charging into the onrushing cloud of dust from the collapsed building is great.  (Superheroes?  Saving people?  Crazy!)  Unfortunately, Snyder’s Superman is still a useless, preening dick and in addition to the character assassination of Pa Kent in Super Powered Outer Space Alien 1 he’s now going after Ma Kent in 2.  This continues to be deeply “no thank you” but at least there’s something interesting about it now.

Hmm.  I guess two is a couple.  I’m kind of going nuts over here; my lack of ability to be on vacation and the find-a-job stress is sorta starting to get to me a little.  I expect to be found in the basement chewing on my underwear within a week or so.