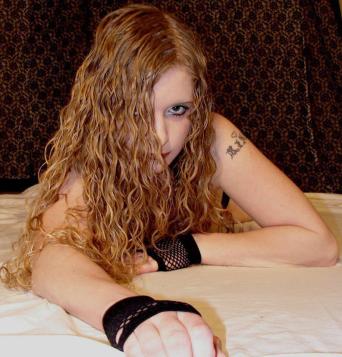 This was a pointless little election.  I voted a straight party ticket for the first time in my life, choosing stupid and incompetent over evil.  There was little at stake locally; my House election felt (still feels) like a foregone conclusion, there was no senate or gubernatorial election, and most of the state races were fucking unopposed, which makes me vaguely furious.  I don’t even want to know what the national returns are looking like.

Then there was the school board election.  Our school board, as I think many do, has a lunatic on it.  The young lady above is his daughter.  She has recently lost a lawsuit against the school board and has taken her revenge, no doubt encouraged by her father, by running for the board president’s seat.  There’s a fine tradition in South Bend for some reason of suing public institutions and then trying to run for office to control them when your lawsuit fails.  As you can imagine, this often ends poorly.  Her campaign signs were her dad’s campaign signs from the last time he ran for school board, with the “re” in “re-elect” covered with duct tape.  So we’re running a class operation here.  I didn’t have to look hard to find that photograph, by the way; it’s one of the first results when you Google her name and her Facebook page is public.  Her qualifications for office (and this is not me being snarky) include being a bartender, having a couple of kids, and being pregnant.  I assume at the same time.

I encourage young people to run for office if they feel like they can make a difference; our mayor, as you may recall, is one of the youngest in the country, and was not yet 30 when he was elected.  (And I voted for him.)  But he was also a Rhodes Scholar.  Maybe you at least take the time to scrub the more strippery pictures of yourself off the internet before you run for school board. Or, y’know, maybe not; I am officially an Old now and don’t understand how these kids think anymore.

I will be in Louisville tomorrow, then Nashville tomorrow night through Saturday morning, then Louisville again for a while, then home.  Expect some hotel room pictures, but I’m expecting to be crazy-go-nuts busy and there may not be much more.  I will be working on the book, though.  So there’s that.

9 thoughts on “Election day, I suppose”